One square inch takes about 2.5 hours to complete by hand…so it should come as no surprise why bobbin lace was so valued in days of old. And when you use silk and precious metals to compose your unique symphony, then it becomes evident why lace was virtually considered ‘currency’ then, and a supreme symbol of wealth and power. 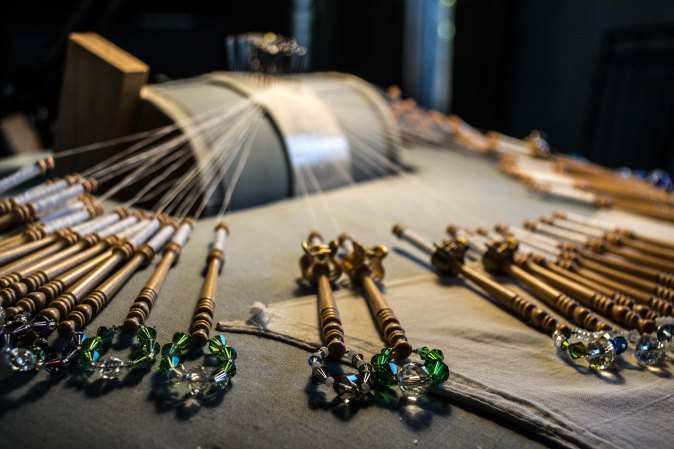 On a recent trip to Salem, Ma and its House of Seven Gables, I encountered the charm and artistry of Linda, the resident lacemaker. Despite her advanced age, she was sharp as a tack – and watching her manipulated the bobbins was as I watching an elaborate ballet of the hands; each glissade just as daring as the next. She looks up to her pattern, marks a few notes, the proceeds to the échappé.. 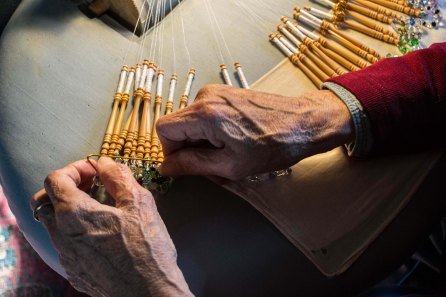 The bobbins are each decorated with Swarovski crystal for no particular reason. “It’s pretty,” Linda says…and she’s right. 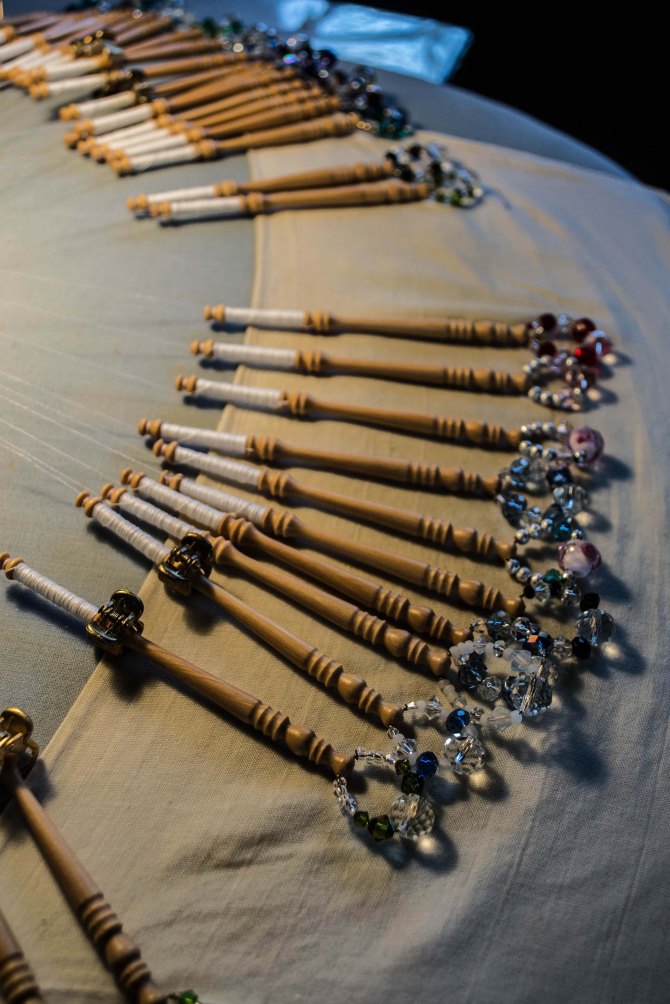 I spent almost two hours with her…learning her history, and her love of the art. 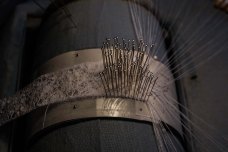 Salem may have its witches…but this was clearly an angelic wizard spinning simple cotton into gold. 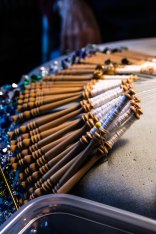 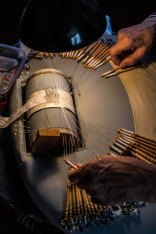 Bobbin Lace isn’t the same as tatting, and the artistry is a bit finer in its evolving patterns seen in well-known bobbin laces such as Chantilly, Guipure…and Bucks Point (or Buckinghamshire), one such pattern thought lost until more recent years, and one I had the fortunate honor of purchasing in the Seven Gables museum shop – returning to Linda, she told me its story…

It’s a fine torchon, one for a bride – Linda showed me where she began it…and where she completed the braiding of bobbin threads. She fussed over the inconsistencies seen only by her solemn eyes – and I will cherish it forever.

When we commented to others who popped in to witness Linda’s mastery, one said, “It’s a dying art.”

To which Linda looked up and replied, “I’m not dead yet, dear.” 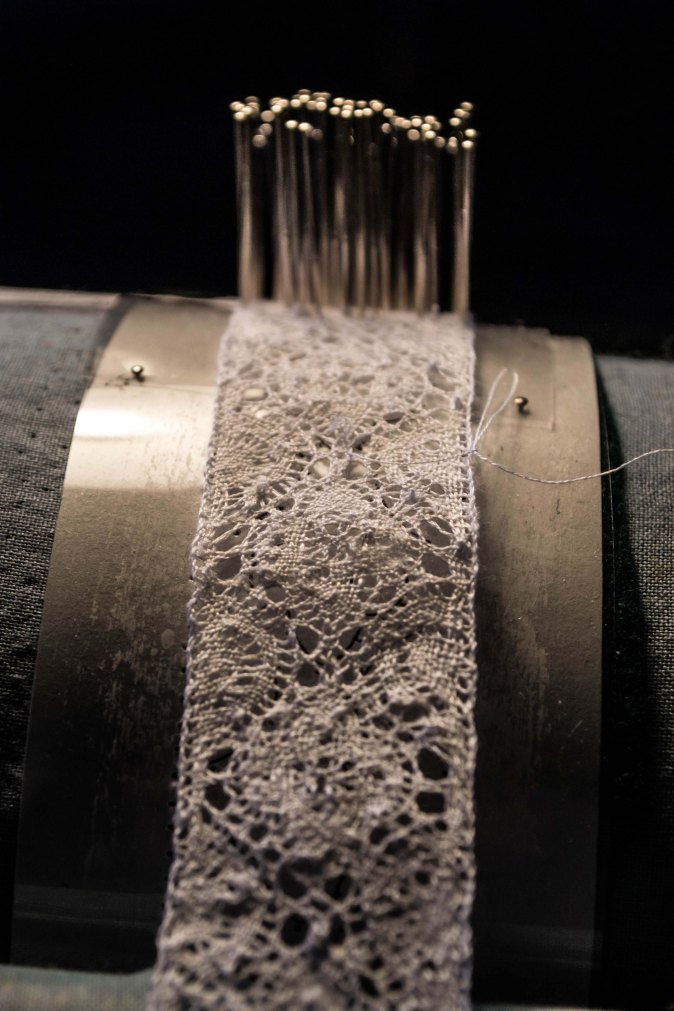 Category: Celebration, History, how it's made, the more you know Tags: bobbin lace, embroidery, lace, lacemaking

Who The Hell Is Tommydoll Anyway? 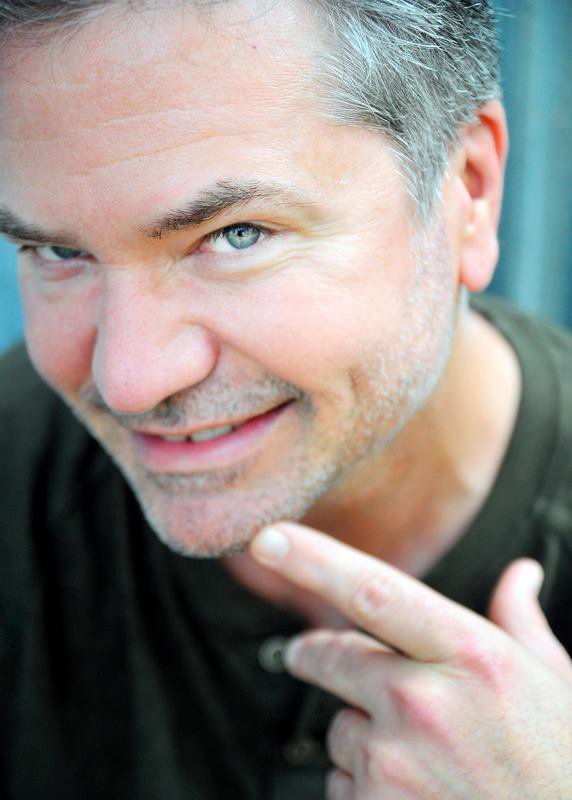